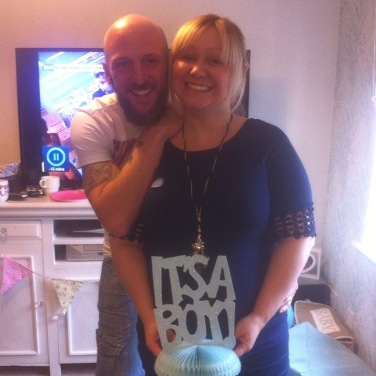 Jackson was a very much wanted little boy. After Carl and I married we wanted to start a family straight away.  As an older mother i knew this would be my last child so I went all out with a gender reveal and documenting each stage with weekly bump photos. As the dates grew closer there was no sign of him coming on his due day so i was booked in a week later to be induced.

Turned out that was my birthday….. Jackson John Yates arrived at 8.32pm 25th February 2016. Stealing our hearts as well as my birthday.

An amazing little boy with big blue eyes who smashed every milestone well before expected. Crawling early and walking at 9 months old. 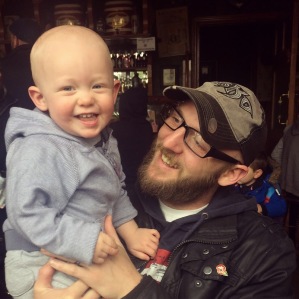 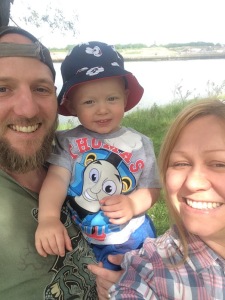 The worst day of my life… Blue for Jackson started out from a tragedy.

Jackson was knocked over and killed in a quiet hotel car park while on a trip away from home to see one of his favourite shows In the night garden. The incident happened in seconds and right next to the hotel entrance. The verdict from the inquest was “tragic accident”.

You can read more details in the attached news stories, although they give a few details they were told, nobody will understand what happened and what we witnessed that day.

Since we  lost Jackson we have received so many messages from other families who have lost children in traffic accidents or had near misses which have only missed being fatal because of luck.

​To keep the memory of our cheeky adventurous son alive and lessons to be learnt from his accident i have decided to dedicate my time to getting road safety into primary schools and provide learning packs for 2-7 year old from the road safety charity Brake.

This will be funded by small amounts of fundraising but mainly selling the product Parking Pal.

Keep up to date with our story on Facebook/BlueforJackson

This page is dedicated our son Jackson John Yates who sadly died Aug 2017 in a car park accident. To keep his memory alive and prevent the same tragedy happening again we are promoting road safety for young children and  parents.

All in memory of our superhero Jackson

Where are we based?